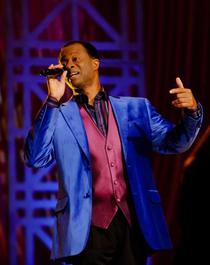 A concert critic described Larnelle Harris as having a “larger-than-life stage presence with impeccable vocal prowess.” Admired by fans and peers alike for his majestic tenor voice, Larnelle has become the personification of talent and integrity in a career that spans over five decades.  He is the only person in history to be a member of three distinct hall of fame organizations-- Gospel Music Hall of Fame, Kentucky Music Hall of Fame and the Amateur Radio Hall of Fame.  He was twice inducted into the Gospel Music Hall of Fame, both as a solo artist and as part of the Gaither Vocal Band.

Larnelle has garnered numerous accolades for his music including five Grammy Awards, eleven Dove Awards (three of which were for Male Vocalist of the Year), and a Stellar Award for Best Solo Performance, among many other musical honors. Larnelle was recently recognized by his home state of Kentucky with the Governor’s Award for Lifetime Achievement in the Arts, making him the first Christian artist to receive the award. He has achieved nineteen #1 radio singles and countless top 10 hits.  Songs such as "How Excellent Is Thy Name," "I Miss My Time With You," "I've Just Seen Jesus," plus many others, including his signature song, "Amen," are now considered modern gospel music classics.

From the White House to the danger zone of the 38th Parallel, Larnelle has impacted audiences across the globe with his music.  He was the first Christian artist to perform inside the Kremlin after the fall of the Soviet Union.  He is one of a handful of celebrities to receive the Ad Council's Silver Bell Award for Distinguished Public Service in recognition of his song "Mighty Spirit" as the theme song for the longest-running Public Service Announcement in television history.

In 2018, Harris released his first memoir entitled “Shaped Notes: How Ordinary People with Extraordinary Gifts Influenced my Life and Career.” The book went to #1 on Amazon within three days of its release. Later this year, Larnelle will release his first Christmas musical, based on his original song “All Year Long” from his Grammy Award-winning Christmas album. The musical was co-written with Dave Clark and Nick Robertson, and will be exclusively available through Lifeway.

Married to wife Cynthia (a.k.a. Mitzy) for over 45 years, Larnelle has successfully combined the demanding lifestyle of a global music career with being a husband, father, and grandfather.  Still a sought-after vocalist for tours, special events and ceremonies, Larnelle continues to perform solo concerts for churches and various organizations worldwide each year.  He recently performed for the National Day of Prayer event in Washington D.C., at New York City’s famed Carnegie Hall, and sang for a gathering of U.N. Ambassadors in our nation’s capitol. 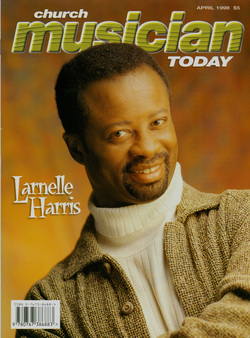 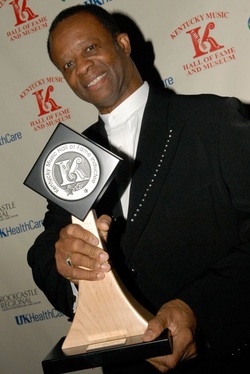 Larnelle has performed for a special Easter gathering of the United Nations Ambassadors for several years.

In 2004, Larnelle performed for U.S. troops stationed at the 38th Parallel between North and South Korea.

Larnelle was the guest performer for the Armed Forces Chaplains Conference held in March 2002, and for the Service of Remembrance at the 101st Airborne Division in Fort Campbell, Kentucky on September 11, 2002.

Larnelle’s self-penned song, “The Other Woman,” about his daughter Teresa is featured on the My Child compilation CD from radio host Delilah whose show is heard by over eight million listeners every day.

Larnelle’s song, “Mighty Spirit” from his 1989 release I Can Begin Again was featured on the broadcast public service announcement (PSA) for the Points of Light Foundation.  Larnelle performed the song for former President & Mrs. Bush at the White House in 1992.  The PSA became the longest running of its kind in television history.

Larnelle has been given two Honorary Doctorate of Music Degrees, one from his alma mater, Western Kentucky University, in 2008. The second came from  Campbellsville University located in Campbellsville,  Kentucky.

Featured on CNN’s live broadcast of the 17th Annual Easter Service held at the Lincoln Memorial in Washington, DC.

Featured artist as part of the history-making Moscow Project, sponsored by the International Bible Society and Youth For Christ.  The project, which distributed 4 million Russian New Testaments, culminated in the first gospel concert inside the Kremlin following the 1991 attempted coup.

Featured vocalist on the title cut for the movie, Born Again, the life story of Chuck Colson. 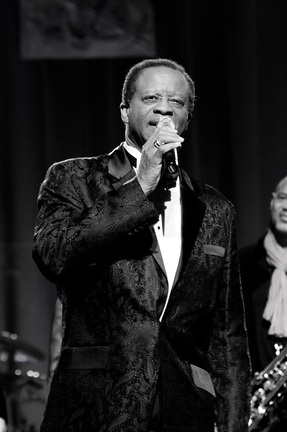